In Acton, the Commission has also listened to local views and has amended the proposed boundary between North Acton and South Acton wards. The change means that the community to the south of Creffield Road, who are part of the wider Creffield Conservation Area, will be included in North Acton ward.

The Commission has also agreed to change the name of its proposed Acton Green ward to Southfield to reflect the representations made to it by local people during the consultation.

The Local Government Boundary Commission for England has taken initial feedback from residents and officials around Ealing and has now come up with their proposals.

Their review is guided by the following:
"An electoral review recommends new ward boundaries that mean each councillor will represent approximately the same number of voters. We also aim to ensure that the pattern of wards reflect the interests and identities of local communities as well as promoting effective local government."

Overall for Ealing borough they are suggesting that there should be one more councillor.

For Acton in particular they propose to remove the name "Central Acton" and to split the area into "North Acton", "South Acton", "Acton Green", "Ealing Common" and "Hanger Hill".

Below is a map showing the proposed boundaries. If you go to their web site you can zoom in and see which streets end up where.

People from all over the bourough have submitted their views towards the end of 2018. If you did - then take a look to see if your comments were taken on board.

If you did not but wish you had then now is your last chance. This review of the draft recommendations closes on 15th April 2019. 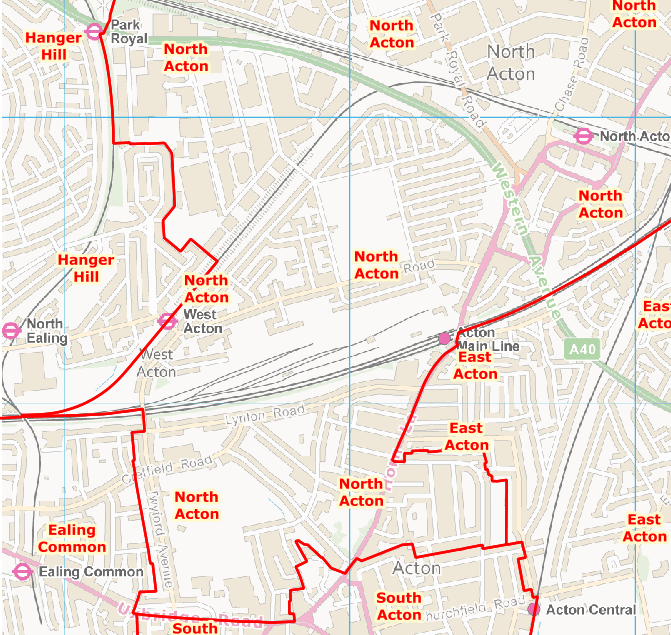