The CANForum AGM was held on Wednesday 27th March 2019 at Everyone Active on Acton High Street. There was a good turnout and plenty of topics discussed. Once the formalities were over, which included two new volunteers to join the committee, the various presenters had their say.

For many of those items there is additional information below. 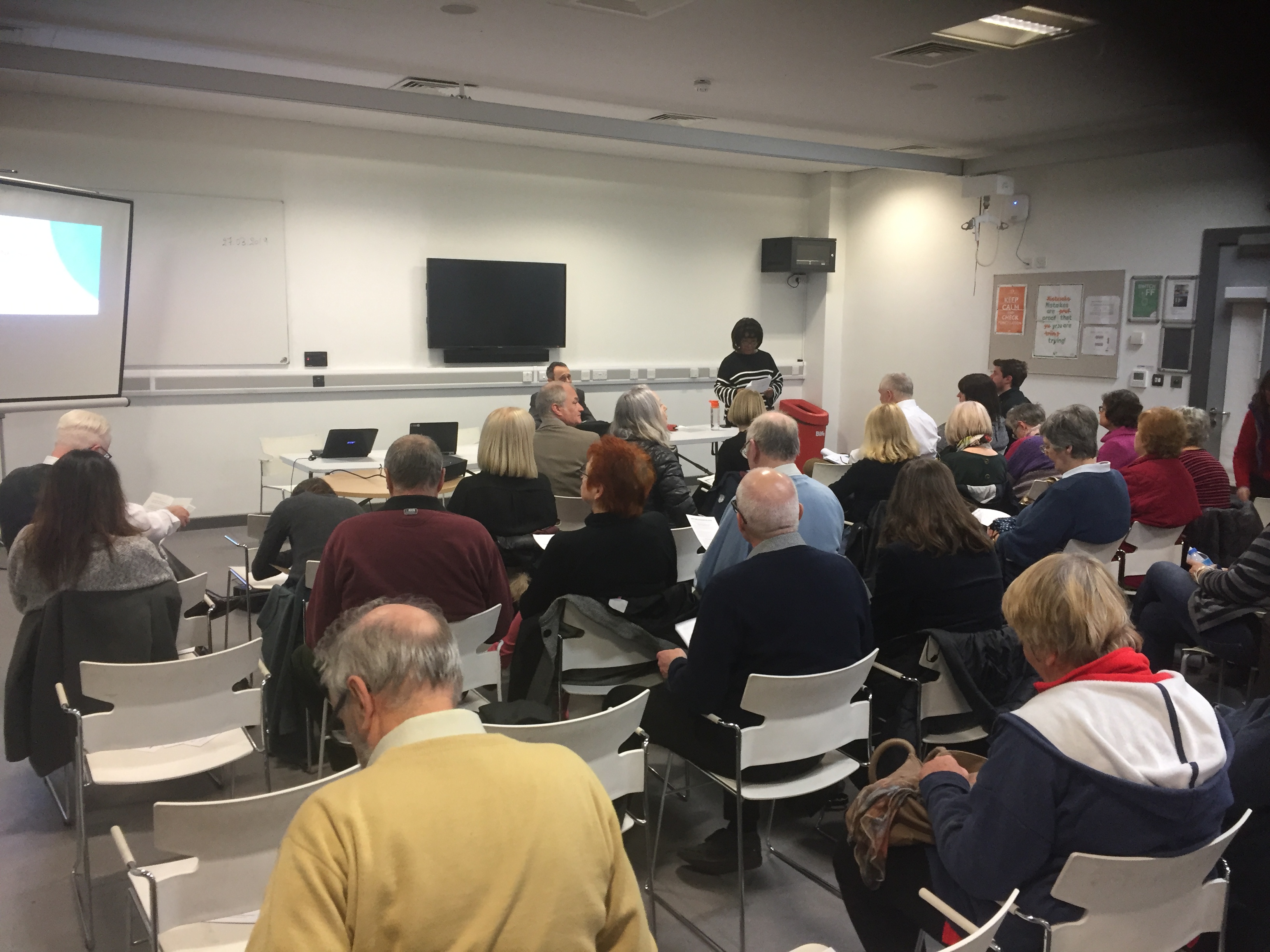 Mike Taylor gave an update on the current status of the community bid known as "An Arts Centre for Acton".

We’ve all been talking about this for so long, I feel like I should start this with “previously on the Old Library building…”

As many of you know, we’ve put together a solid commercial and sustainable community bid, backed by a local developer who is putting up the seven figure sum to buy the building.

Until very recently we were working to a deadline of March 31st - which gave us time to refine and improve the offer we put in to Ealing Council last October.

Recently we’ve had a couple of - very constructive - meetings with the Council which has thrown up a few things which weren’t previously on the table.

Then there is the possibility that Ealing could lease us the building rather than sell it.

This would change the financing of our bid and would make a difference to grant applications but we are fortunate to have advice from a resident who is an expert in these things...

Also the Council has asked us to potentially consider some kind of partnership with another contender who is currently engaged in several arts and cinema based projects across London. We’ve met with them once and will do so again. We’ll let you know how this goes...

Finally there’s some news just in that another cinema operator MAY be interested in joining with us… This is very early days, but again is something we’ll update you on IF it goes anywhere.

The committee of the Goldsmiths Residents Association believe that to have any chance of standing up against the proposals, to demolish the pub and put in 6 floors of flats, they will have to have some professionals on board.

They have decided to retain the services of a heritage expert, a town planner and an evaluator with immediate effect. They start work on Monday 1st April. There are on-going fundraising efforts to collect the £15,000 that they need

GRA welcomes any help with fundraising activities great welcome. Two local residents have now offered service to run a fundraising event. One to provide free music and the other a comedy night. Anyone interested in helping with this then please contact GRA (see links below).
There is a street party planned for the 8th May.

You can read more about the local campaign at a Facebook group called "Keep the Goldsmiths Arms a pub"
https://www.facebook.com/groups/508080676230489/

The boards from the January consultation event, that were used as part of the update from Catalyst and Mount Anvil can be found at: https://www.chg.org.uk/wp-content/uploads/2019/01/Take-a-look-at-the-January-2019-exhibition-boards-here..pdf

General information on the Friary Park regeneration is here:
https://www.chg.org.uk/development-regeneration/regeneration/friary-park-ealing/

On parking within Friary Park ... a clarification to the question that was asked about parking on the site. Parking provision for the development is based on current parking usage on the estate. They plan to provide 150 car parking spaces which will be for existing residents only (i.e. current Catalyst social rent tenants on Friary Park). People buying new homes for outright sale or shared ownership will not be able to use these parking spaces, or to park in the surrounding CPZ, and they’ll be made aware of this before they buy. They say that this is in line with GLA policy for developments close to significant transport nodes. The next public consultation event is due to be held in May.

The expansion at Heathrow Airport is not limited to adding a 3rd runway. There was also a surprise announcement from the airport operator that they want to bring in parallel landing and take off - and change the flight paths to put traffic directly over central Acton. Paul Mc Guinness from "No 3rd Runway Coalition" explained more.
You can find more information on their web site at https://www.no3rdrunwaycoalition.co.uk/